Mikey has been beaming with confidence.  The Bon Burger/Dessart experience was pretty epic.  I knew Mr. Spudds would deliver on the burgers, and I was rolling the dice on a shake location that I hoped would prove as a double edge sword (excellent shake and shame for Danny Y). 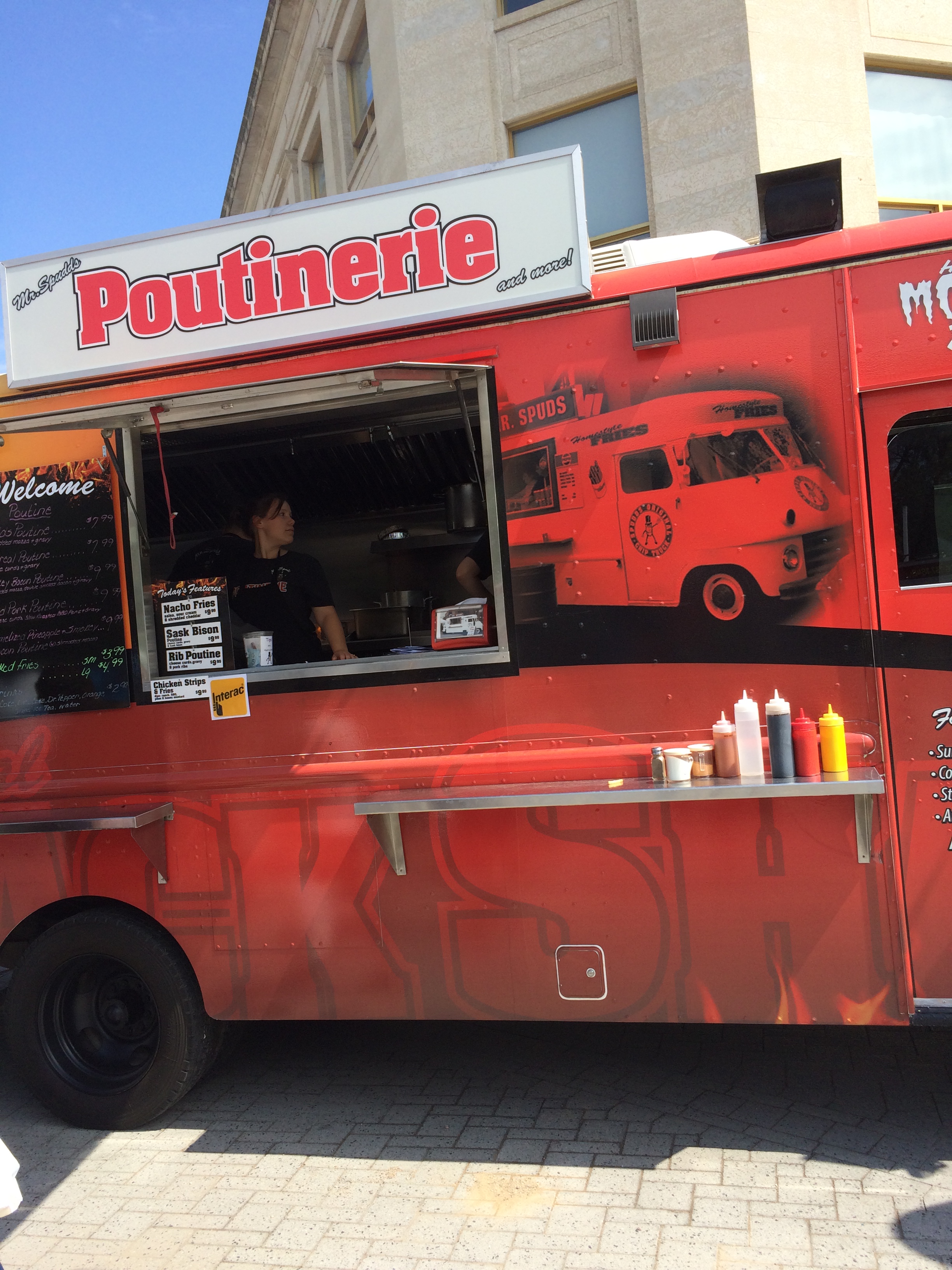 We went the ‘and more’ route and ordered double burgers with cheese and bacon.  We also ordered a poutine, because when in Rome….

The burgers were delicious, and there was a lot of head nodding and agreement about Mikeys title being in jeopardy.  Delicious juicy double patties, plenty of bacon and gooey melted cheese. You will have to try them out at the Farmers Market or book the truck for an event.  You may also have noticed the BS Club official BEEF a’la MODE T-shirts.  This unique design has been popularized by a local apparel company that obviously ripped off our creativity…or maybe it is the other way around, I can’t remember for sure.  Irregardless, BS Club looked dashing and were stopped and asked about our shirts a few times.

Did somebody say MILKSHAKE?  No.  Not really…

2nd Half Meltdown.  Forbidden Flavors is not the place to go for a milkshake.  I had hoped that the fact it was next door to Level 10 (Danny Y’s workplace) that I could get some ‘FORSHAME you BS Club member’ points for being hidden in plain sight.

Unfortunately, this ice cream shoppe attached to Tumblers made a very poor milkshake.  I recommend their ice cream cones and definitely visiting the ice cream truck they park by Candy Cane park in the summer, but they need work on the shakes. It was just hard ice cream with milk added to it.  The shame was on me.  I fell on the double edge sword myself.

Nobody finished theirs.  Mikey and I went to Dessart for a shake right after..true story.

This was Mikey Gloating:

He had reason to gloat…

Mikey still in the lead.

Will be tough for Danny Y to unseat him but I look forward to it!